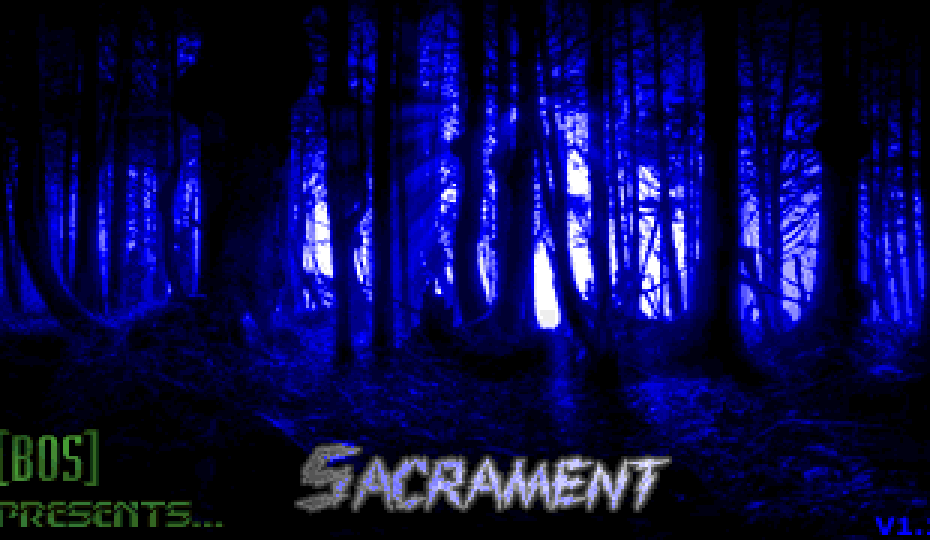 Sacrament is a WAD of 14 maps created by the Russian community that stands out for having an incredibly… peculiar identity. With a wildly diverse as well as extroverted style, the Russian community is well remembered for their experimental WADs as well as speedmapping competitions, to such an extent that they became the seed of the so-called ”Russian realism” in Doom mapping; a rather interesting term worth investigating further.

This time we will focus on Sacrament, part of the list of the 25 Cacowards Snubs and its map 02 is also part of the list of the 100 Most Memorable Doom Maps, and with good reason behind all this. Sacrament is as unique a project as I’ve ever played. We know very well that the focus of Doom is, primarily, the essence of action. Doom is a frenetic game full of exciting combat that has been adored for decades and manages to perfectly maintain its formula despite all the time that has passed. Well, now let’s try to turn things around and create something that doesn’t have a lot of combat in essence, but on the contrary, encourages you to explore, get lost and drown in a world full of mood. Sacrament manages to extract this underrated aspect of the game and duplicate it in an incredible way. Each map is a visual adventure that pleasantly shows how excellent Doom can be visually to the point that an author, with the right tools, can create palpable atmospheres, giving identity to each map and creating an adventure as discordant as it is beautiful.

Sacrament is one of those types of WADs that can be quite divisive as to what type of players you are looking for. On the one hand, the fact that it focuses on exploration doesn’t mean it denies all kinds of action either, oh it has, and it has some good action. On the other hand, I can see this type of WAD as a sort of unique odyssey that, even if not everyone enjoys, is worth trying simply for its fascinating uniqueness. The inclusion of unique textures, new weapon skins, the fascinating use of lights to create a dark and realistic atmosphere, as well as a huge attention to detail and levels that feature realistic locations with a little abstract touch, and let’s not forget the fascinating music in .ogg format, create an excellent presentation deck, giving Sacrament a truly indisputable value among fans of eye candy and ambient games.