A Look Into Multiplayer Doom, Part 1 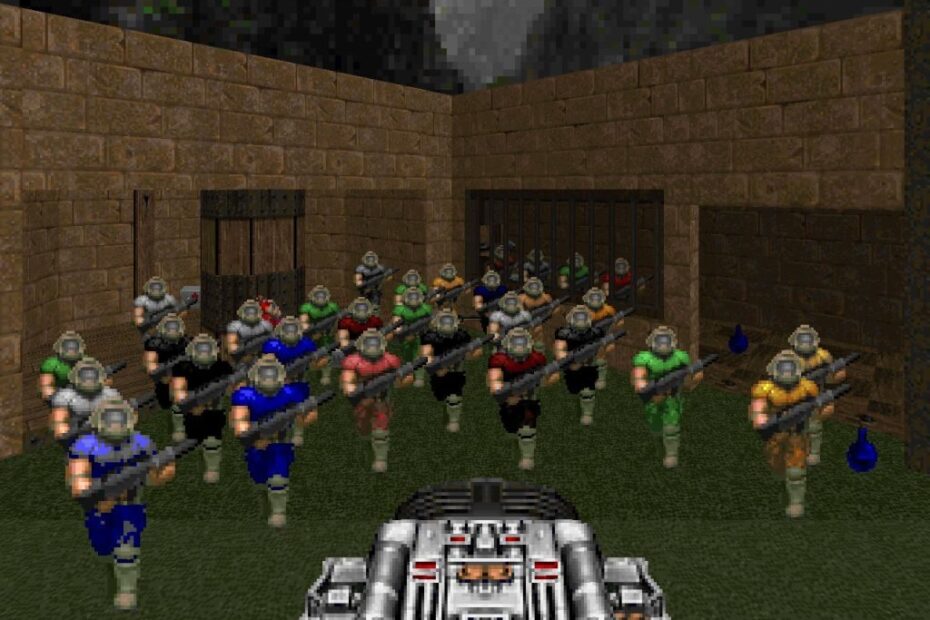 In the long, extensive and prolific life of the Doom community, we have had all kinds of facets and stages that have left their mark on our history; from base moments that marked the birth of an era to crucial climaxes that signed the death warrant of certain trends. Fads come and go, what’s popular becomes unpopular and time usually gives way to new, different things. We all understand and know very well that during the almost 3 decades of Doom’s life, the singleplayer community has been the dominant one for almost 90% of its life. Testament to this is the insane amount of quality content that is released daily compared to other games of the same era, or even games twice as young. Now, what would you think if I told you that during a certain time, during a certain era, the real king of Doom was not the singleplayer community, but the one where the taste for frags was born? where death was staring you in the face? where competition was direct between the player and shitalking was an everyday thing? Oh, the golden days. Yes, that’s right my dear doomer, I’m talking about the multiplayer realm.

While the concept of multiplayer is often seen as a granted thing today, during the early history of Doom (and games), this aspect was incredibly dominant and impressive across the board. Not only was it a game mode that allowed you to play against or with other people, but it was a technical marvel that while we now take for granted, it was seen as the future during times when the internet was barely getting into shape, multiplayer looked like the future. In theory, it became the future. You may have heard the legend that Doom was installed on more PC’s than Windows, which made Bill Gates feel attracted to use it as an advertising platform. Or maybe the curious fact that there were so many people playing Doom in multiplayer, that office companies had to take measures to prevent the game from distracting their employers. There were even programs to prevent you from connecting to the servers! What a dystopia. But those times have passed, but even in them, we can see how this aspect was not only an extremely important factor in Doom’s success, but an artistic industry that dominated during the early years. Fan-made content was mainly focused on the development of Deathmatch compatible WADs, this being probably the biggest crowning glory of Doom’s multiplayer mode. You don’t have to hear it from me, but you can see it from one of the fathers themselves. That being good old John, the other John, the cool one, no, no, not that one, the other one. Yes, that one. Romero was an insanely obsessive DM fan (and the originator of the term) for a long time, to the point that he played so much that it hurt his progress as a developer. Isn’t there a cute story about how Carmack broke down Romero’s door for playing Doom deathmatch all day? Boy, those were the days.

I can’t tell you much about Doom’s multiplayer story other than what I’ve read. I wasn’t even born during those glorious times so my lack of experience might injure my true focus into what this article is about. Here , in this fascinating video by Doomkid, an expert on the subject, you can see a bit of the great history of MP Doom and MP in general during the early-days of that bygone era.

Gazing into the Abyss

And now, where’s the multiplayer scene 27 years later? The story of our favorite game has not stopped for a single moment. Great community installments are released periodically and the quality content rains down with every day with no sign of stopping. Sure, we’ve encountered a few bumps in the road, but the road has moved on and we’ve changed. Some things changed, some for the better, some for the worse, and some just evolved into different things. Neither good, nor bad. One way or another, the content never stops… but, as soon as we look at the object that is multiplayer, things get a little interesting. A thousand years, uh, I mean, 3 decades ago and we look at something that changed the way of life of many, opening the way to a hobby that would evolve for years and years. We look at something that, even during Doom’s resurgence, still clings with passion to life even if there have been attempts to kill it. Multiplayer had a sadly decadent era, one in which the action was fused with mediocrity, toxicity and a cessation of attention from the general community. Events were diminished and players slowly drifted away. It was a dark time where it seemed that the sunset of multiplayer was finally falling. However, like a classic work of romance, thanks to the efforts of a handful of extremely passionate and loyal players, the multiplayer community endured and continues to endure.

Just as the saga in general had a period of resurgence with the release of Doom 2016, so did the Doom multiplayer community, but this one has had it since a little earlier, probably starting from 2011 or 2013. Part of this is due to the relentless efforts by different pillars of the community to create welcoming environments and scenarios that allow for the easy entry of new players into the scene, as well as trying to maintain a competitive scene for those veterans who like a bit of healthy competition.

Part of the efforts to keep the scene alive can be easily found in the trifecta of source-ports dedicated to the scene that are currently maintained, those being:

But what about the community? You may ask. Well, it is in a very interesting spot where some still yonder for the lovely years of yore, while others embrace change and swallow the pills, while some others love both worlds and do the best they can in their power to bring everyone into one single dance of pure-loving-DM-FFA-doomers. And some other dozen game modes. If you wish to join this struggling yet passionate community, you’re more than welcome and there’s actually some plenty of opportunities for you to join.

Here’s some of the multiplayer communities you might want to check out:

These are some of the most active multiplayer communities in current days. Some of these are as old as me, while others have been recently founded and found their place among the pillars that keep the scene alive. One way or another, there are many doors open for you to join this world and it’s a great way to get into the scene while making a few friends. After all, playing with yourself is wrong! Play with doomer friends!

But, in case you’re looking to jump right into the action all full-on Ultra-Violence, then look no further and gaze into the abyss, let it gaze back and rejoice, my brother, for it will consume you. Here, let these organized games consume you and let the obsession begin. Again.

NOTE: Some of these are currently in prolonged hiatus.

Oh boy, that’s a lot of events to join to! And there’s some more there to find out, hell, I didn’t even cover the organized tournaments, championship and league events, which there are plenty of. But that’s for another day, for now, this is directed to the newcomer, the enthusiast, the unexperienced that wants to experience. Here you’ll clearly see that even after all the pessimism, the struggle and the drama, Doom is, indeed, not dead, and the multiplayer scene is out there, waiting… and waiting… for you. Pick your poison, love it, and let it settle down, you have a ticket to hell, marine!